WRC has two team entries for tomorrow’s Caesar Rodney Half Marathon race in Wilmington, DE and some WRC’ers training for Boston (or other upcoming marathons) will be running a 26.2k “simulator” on a flat loop at Hains Point.

In addition to both of these stimulating activities, our regular Sunday Distance Run will start at 33rd and M in Georgetown (in front of CB2).  The mileage for most will be 10 to 16 miles.

The St. Patrick’s Day 8k on March 9, 2014 is the second Grand Prix race of the year, and WRC is fielding a co-ed team for this race.  There is no limit on the number of team members, so if you register for the 8k, be sure to join the WRC team.  Here are the details on how to join: END_OF_DOCUMENT_TOKEN_TO_BE_REPLACED

Calling all WRC members who are registered for Cherry Blossom! We have started putting together the teams for this year’s race.

Send us an email if you would like to join a team.  Don’t be shy – we have a team for everyone who wants to join. 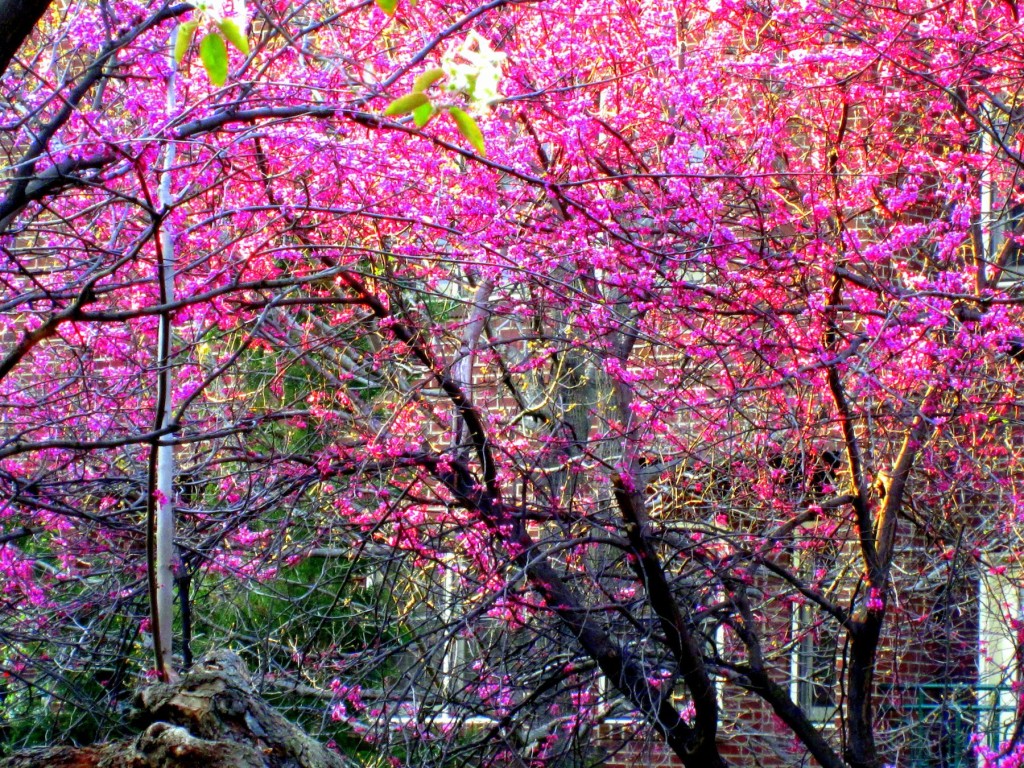 Presumptive 2013 WRC Grand Prix series leader, Christine Hackman, assembled a great performance today all throughout the Tidal Basin. Meanwhile, recently joining member and rising star Megan Haberle conquered newer (to her) and longer (than last week‘s) distances further along the same brackish estuary. Megan can take some notes from Suzy Coffey, who is back on the racing scene!

Says Megan about her stellar performance:

I had WRC on the brain while I enjoyed my post-race cappuccino over in National Harbor. No terribly deep insights, but obviously the weather was great and there were some inspiring visually-impaired racers who started us off. (For my part, I’m maybe happiest about my negative splits, something that’s been elusive in my workouts so far.)

El Presidente, Kirk Masterson, reminds us that only one more race remains on the 2013 WRC Grand Prix schedule: Jingle All the Way 8K. Look into it, plan to race with your clubmates, and of course let the GP coordinator, David Pittman, know about your results.

Next weekend promises something completely different, as we turn toward four very different kinds of races strewn across the Mid-Atlantic:

Great job and good luck to everyone!

In lieu of this week’s Sunday Distance Run, we will be cheering on the marathoners!

I will be staking out a spectating spot for the MCM and would love to have other non-racing WRC members join me. The spot will be the 16 mile marker, which is also about 10.5. It is at the entrance area of Hains Point.

(See this using an excellent course map, designed by Geocentric and powered by Leaflet)

I will be joining Joey Plank and Bethany Pribila as they cheer for their team Team Racing for Veterans (R4V). Some folks may remember them from their handful of runs with us prior to their move to Minneapolis. They worked hard to establish this charity. The mission of R4V is: to support the rehabilitation of and provide opportunities for veterans in the United States through their involvement in athletics, races and adaptive sports.

An exciting day! Good luck to all runners!

WRCers Paul Karlsen and Rick Kennedy are ready to rumble tomorrow morning (Sunday) at the Bank of America Chicago Marathon, one of the World Marathon Majors (i.e. most prestigious marathon races on the planet). Paul will be hyper-visible throughout this Second City in his 2013 Series Singlet.

The Wave 1 Start is set for 7:30 a.m. CDT (UTC−05:00). We’ll be updating their splits and results below, immediately following the unstoppable Sunday Distance Run.

Lauren Gabler, who is stepping up as captain of the squad preparing for this course, sez:

The Marine Corps Marathon (MCM) is just around the corner and WRC is going to be well represented, both by our talented runners and our awesome new racing singlets. We’d like to enter the team competition, which consists of 3-5 runners for either a men’s, women’s, or co-ed team.

If you’re registered for the MCM and want to represent our club on October 27th, please contact Lauren at lauren.gabler@gmail.com. She’ll figure out the team logistics and make sure we’re registered by the cut-off date!

Best of luck with the rest of your fall marathon training!