Drew Killian and Julia Taylor were interviewed in Danielle DeCourcey‘s recent segment: D.C. runners go to the Boston Marathon. Check it out!

Come along for a second round of interviews, and rounds, with our favorite talking heads at tonight’s Happy Hour.

WRC Vice President Carla Freyvogel, current club member Charlie Ban, and club alumnus Jim Hage are all quoted at length in Jessica Goldstein’s October 25th article in the Washington Post’s Style section (or, “the gateway to the Sports section”, as we like to call it).

Clattenburg and Killian will be competing with their teammates at the 38th Marine Corps Marathon on Sunday.

That it appears Gerry is being chased by a hoard of very fit and accomplished women is no accident.

FLASH NEWS: WRC scholar-athlete Daniel Yi, and his doping liability spreading idea from 2005, gets a mention in today’s New Yorker (“Tyson Gay and How to Clean Up Track”, by Nicholas Thompson, online edition). That article is available here, and Daniel’s original paper for Legal Affairs is available here.

Six WRCers and two compadres gathered early on Independence Day, at the historic Vienna Town Green. Hosted by our friends of the PVTC, together we sweetly sang the lyrics of the Star Spangled Banner to the accompaniment of an MP3 file played back on a BlackBerry held up to a P.A. mic.

In fact, we sang a little too fast for the frugivorous gizmo that symbolizes this Washingtonian life. Were we perhaps nudged out of meter by some magnetic inducement flowing from the extra high voltage 230 kV transmission lines looming above us?

Whatever the case, it was marvelous to watch the B.A.A.’s Jonathan Baker zoom off in a flurry, followed brightly by newcomer Daisuke Ogata, dressed in day-glo orange hat and shirt and mistaken more than once for a distant traffic cone. Rachel Clattenburg in red paced herself wisely, climbing up the ranks throughout the race. We slapped low-fives as we passed along the out-and-back course.

Everyone left the race with some quarry of Stars and Stripes, whether in the form of a beach towel, embroidered flags (both in original and Vermont antiqued flavors), or just the shorts they wore to the race. I offered my own flag to Daisuke as a gift, and he immediately requested to have his picture taken with it in the now-standard USATF display. What a great country, that even our silliest of motifs are accessible to all.

UPDATE: A race report by Maggie Lloyd was published on RunWashington.com, here. 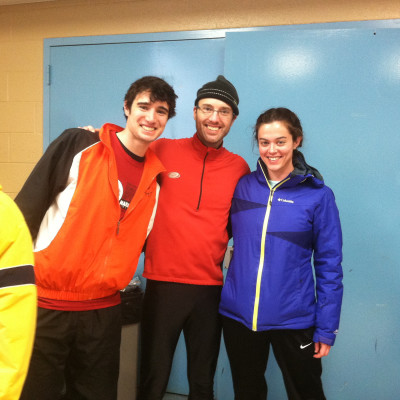 The arctic gale could not suppress noble vigorous youthful pursuits at Sunday’s GW Birthday Marathon and Relay, hosted by the DC Road Runners. WRC coordinated with the Dojo to take the top two men’s team places, and sweep the co-ed team division! END_OF_DOCUMENT_TOKEN_TO_BE_REPLACED

Yes, we have most definitely relaunched washrun.org, as part of a broader communications effort this year: to share this club’s marvelous history across the past four decades, to enhance our ability to take on new running challenges, and to accelerate the telling of new and exciting stories. Allow me to point out a couple of new features and design choices that will hopefully work toward those ends!
END_OF_DOCUMENT_TOKEN_TO_BE_REPLACED