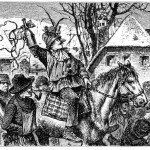 We bring the party

Please join the Washington Running Club on the evening of Saturday, January 25th for our annual meeting and party.

We’ll be celebrating another year of Sunday distance runs, Tuesday track workouts, snazzy jerseys, and good press, all while being surrounded by the folks who inspire us along the way. We’ll also elect new officers of the board and recognize members who have displayed exemplary acts of service to the club.

Here is the listing on the WRC Events Calendar.

The evening will begin with general announcements from the club followed by a presentation of awards (Runner of the Year, Most Improved Runner, Distinguished Service, etc) and elections for the 2014 President and Vice President. See below for more details.

Bring your appetite – we’ll be serving dinner and drinks for all paying attendees. The meal will be catered and will include hors d’oeuvres and a full meal. Drinks will be available in both the adult-friendly and child-friendly formats.

Award Nominations and Board Member Elections

We’re accepting nominations for either yourself or others for the following awards:

Please note that awards can only be given to WRC members in good standing. Send your nominations to Lauren Gabler (lauren.gabler@gmail.com) by Friday, January 18.

If you’re interested in an elected leadership position with WRC (President and Vice-President) or a non-elected, appointed position (Secretary, Race Team Coordinator, and Track Coordinator), please tell Lauren Gabler by Friday, January 18. Elections for President and Vice President will take place at the annual meeting/party.

Renew your WRC membership for 2014 before the annual meeting/party. We’ll be accepting membership renewals at the party, but online renewals are greatly prefered.

See you on January 25th!