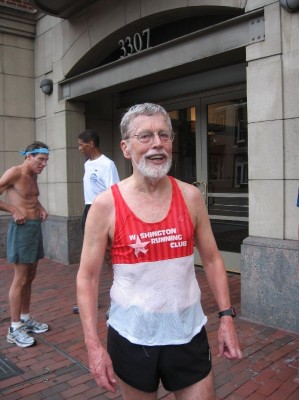 Friend of and healer to the WRC, Rob Gillanders, offers to share his toys with all the other girls and boys.

END_OF_DOCUMENT_TOKEN_TO_BE_REPLACED 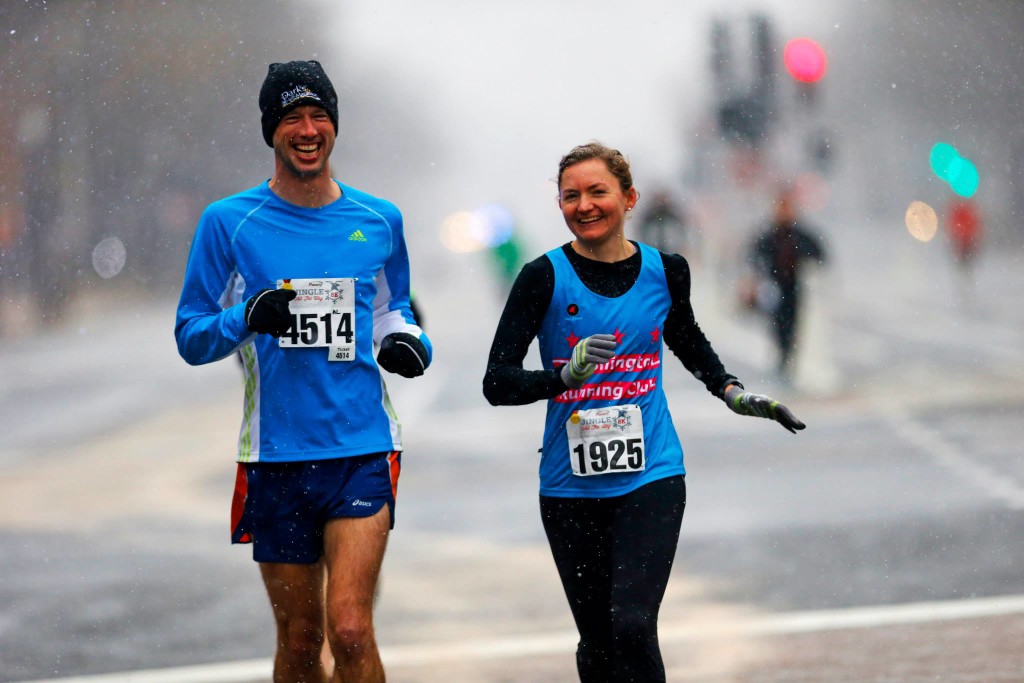 Drew Killian must have been apologizing to Rachel Clattenburg for not wearing his club singlet; perhaps he wants to upgrade from red-on-white to pink-on-turquoise? Regardless, singlet designer and Grand Prix contender, Rachel, proudly wears her own work to the Jingle All the Way 8K. Photo by Swim Bike Run Photography/Brian W. Knight

Breaking news from the wintry mix of downtown D.C, with more stories to come shortly.