In the Fall of 2008, I ran my first marathon at the Marine Corps Marathon in Washington, DC. It was an all-around amazing experience. I ran a Boston qualifier (BQ), was inspired by our military, and thought I found my calling in long distance running. In fact, I loved it so much that I made a commitment to run 50 marathons by age 50, which, at the young age of 25, was only 2 per year! What a deal.

However, over the thousands of miles logged, my passion for running quickly went from all-encompassing to non-existent. I even welcomed a horrible case of plantar-fasciitis-turned-stress-fracture because it meant that I didn’t have to run. To say that’s a bad place to be is to put it lightly.

During an introspective conversation with my fiancé (and the Washington Running Club’s el Prez), Kirk Masterson, on our long drive back from another disappointing, injury-plagued Boston Marathon, I recognized that I was running merely to PR, to reach an arbitrary goal of running 50 by 50, and, what’s worse, because I defined myself as a marathoner and not a runner. This conversation made it very clear that running became more a job than a passion – something that I had to do rather than what I wanted to do.

The conversation also brought me back to basics. I remembered that I started running cross country in high school because I loved going back into the woods, running fast, and coming out of the tree line stronger than I started. I also recalled the stress I felt during indoor and spring track because of external pressures of being “on stage”; I’ve always performed better when out of the spotlight, when left alone to develop and act on my own talents. I realized that road races, while lively and fun, were similar to track in that it gave me the “all eyes on me” feeling that churned my stomach years ago.

And this, in a roundabout way, is why I decided to sign up for the Blues Cruise 50K.

Held on a picture perfect October morning, the Blues Cruise 50K was my first ultramarathon. I signed up just days after the aforementioned “conversation of enlightenment” because I knew the only way to regain my passion for the sport I once loved was to completely change it up. Since I’ve run 14 marathons, I wasn’t intimidated by the training plan; instead, I was excited for the opportunity to run more frequently on the gorgeous trails of DC’s Rock Creek Park and to challenge myself over uneven terrain. It felt like the best way to get back to basics and back to myself – and that’s exactly what it did.

The Blues Cruise 50K is held at Blue Marsh Lake just outside of Reading, PA and is perfectly organized by an ultramarathon training group called the Pagoda Pacers. It’s one 31.1 mile loop around a pristine lake, complete with rolling hills and classic single track trails. The race is small – it has just under 400 runners – so the sense of community is obvious. From the pre-race Facebook posts to the post-race cookout, I felt like I was part of something that was more important than getting a PR (although that’s always a nice bonus). I was now part of an ultramarathon community that enjoyed the simplicity of running with an edge of competition. After years of searching, I finally felt at home. 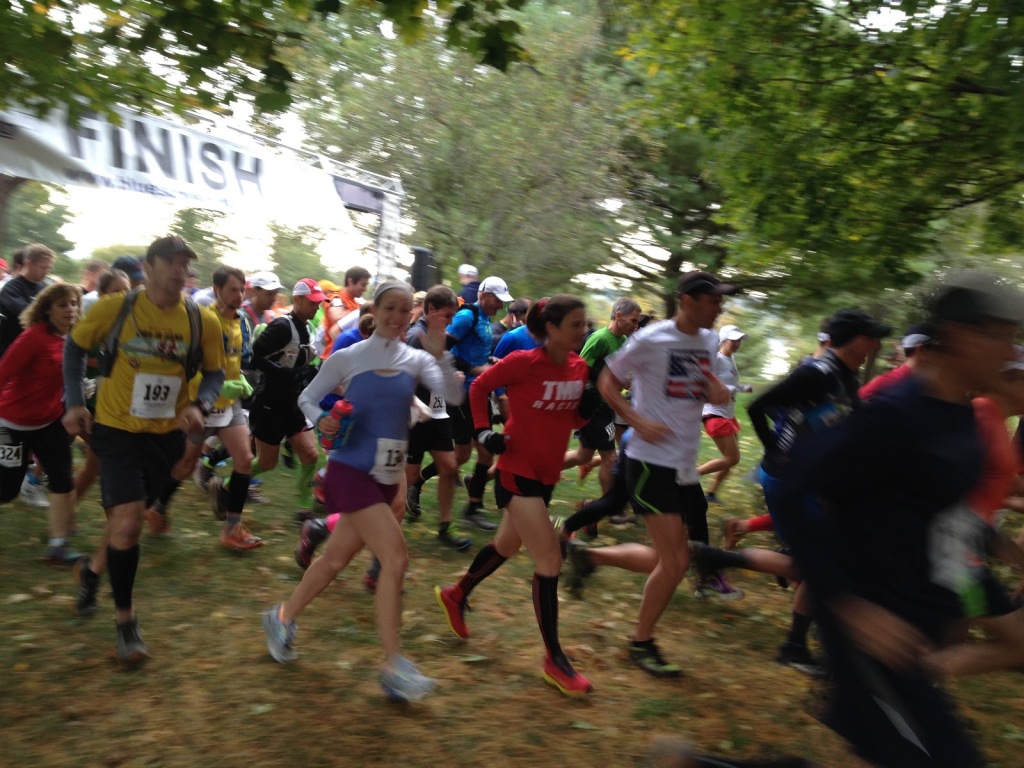 All smiles at the start of the Blues Cruise 50K!

While the Blues Cruise 50K was an awesome experience, it was not without the challenges of being a new ultramarathoner. I did my best to forget what I knew of road racing and learn from more experienced trail runners, such as: 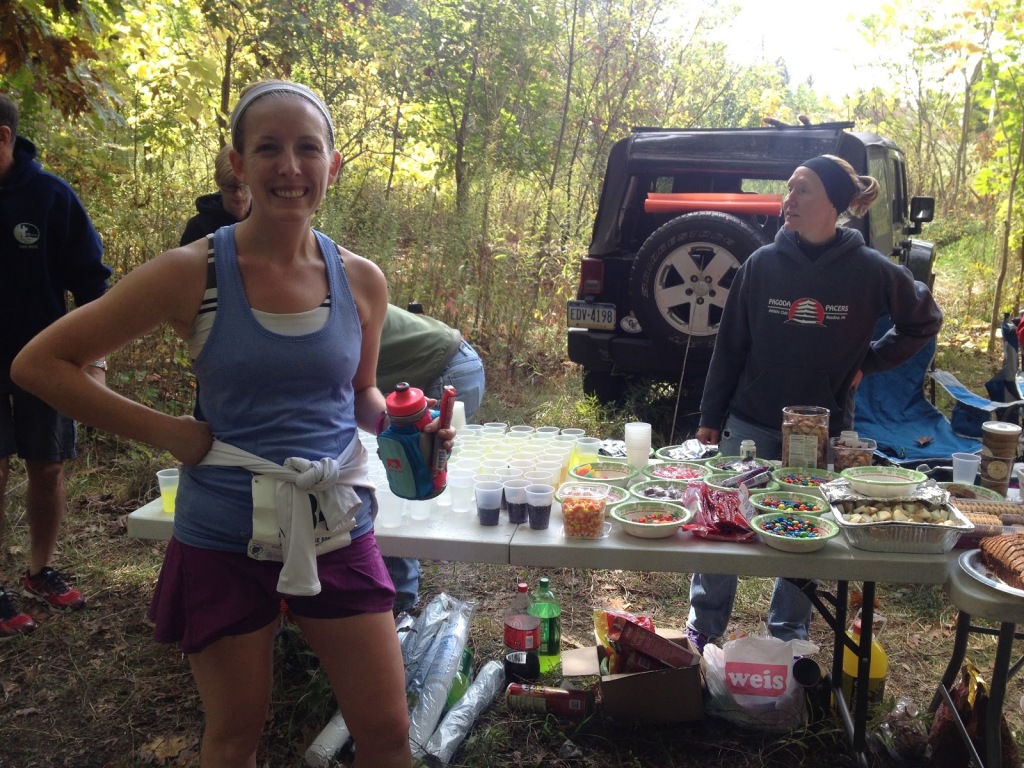 I’m thrilled to say that I placed fifth in my age group at my first ultramarathon. It’s the first individual accolade I’ve received since high school/college running. Awards aside, I truly believe that just finishing the race was possible because it showed me an entirely different side of running. It was refreshing! 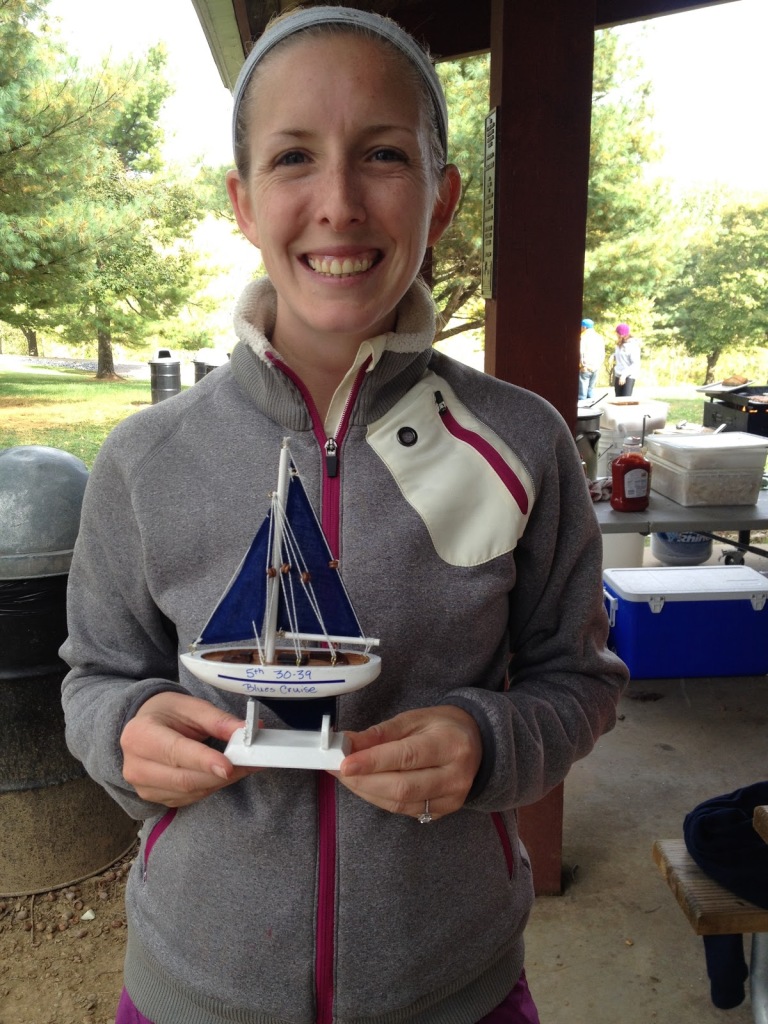 After the race, I thought back on my conversation and realized that I learned (or re-learned) that there’s more to running than working toward lowering your PR, year after year. While the marathon is a beautiful event, and absolutely worth the level of effort, I think if you’re feeling unfulfilled, it’s important to make changes to ensure your longevity in the sport. I also learned that a goal that what was once uber-important (ahem, 50 by 50) can and should change if it’s no longer serving you. Finally, being a runner is so much more than numbers – it’s about doing what you love, with people who share the same love, and using it to improve your overall self.

The Blues Cruise 50K is an extraordinary race experience for both new and seasoned ultra runners. If you’re looking for a new fall race, or to change up your running routine, Blues Cruise is where it’s at – just check out this sweet swag! 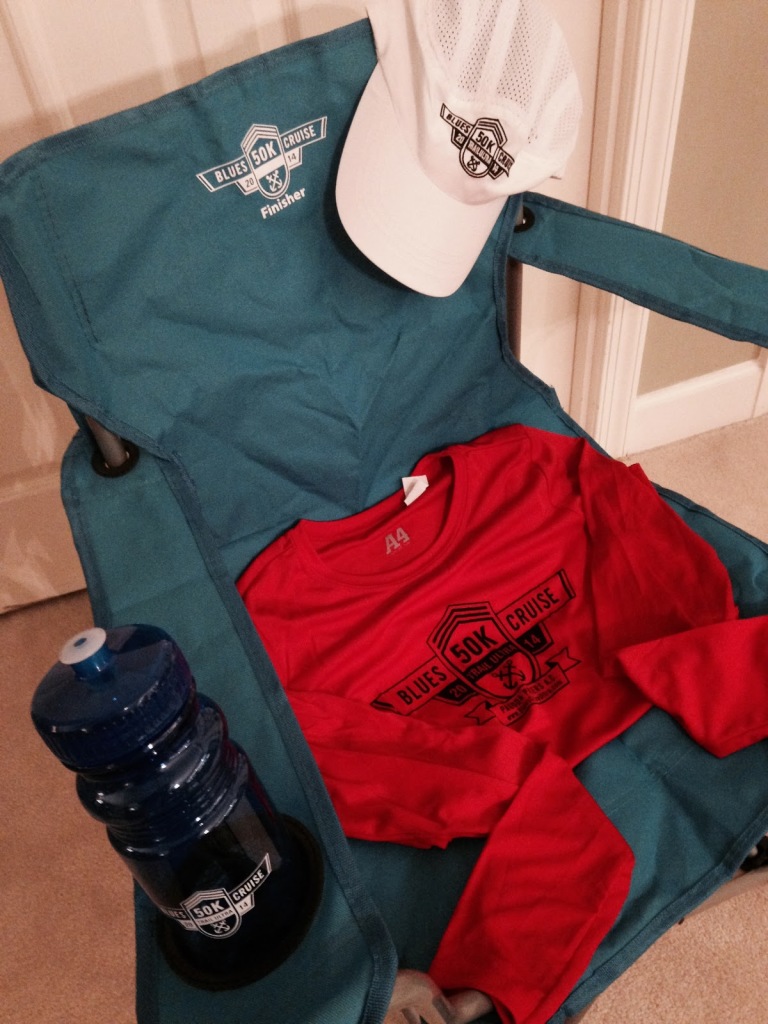 Before signing off, I’d like to thank the race directors of the Blues Cruise 50K, Stephen Weiss and Mike Yoder, and the excellent volunteers of the Pagoda Pacers. The aid stations were awesome, spirits were high, and the entire event was well organized. I’d also like to thank the Washington Running Club for asking me to write a race report – it’s something I’ve never done but it felt good to get it all out on paper/the internets. And, of course, to my Kirk, for encouraging me to do it all in the first place.